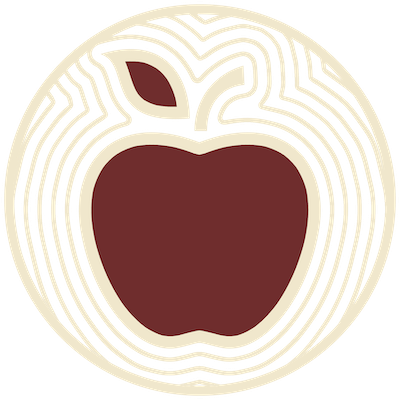 The McIntosh Red (or McIntosh; colloquially, the Mac) has a red and green skin, a tart flavor, and tender white flesh. It ripens in late September. It is traditionally the most popular cultivar in New York, well known for the pink applesauce unpeeled McIntoshes make. It is also well-suited for cider and pies. It is common to find this cultivar packed in children's lunches owing to its small to medium size and longstanding reputation as a healthy snack.

The Cortland is a larger apple than a Mac with a deep crimson color. After the many attributes of McIntosh were discovered, plant breeders began crossing Macs with other varieties to enhance its traits. One of the earliest was the Cortland, combined with the Ben Davis variety. Its flavor is sweet compared to McIntosh, and it has a very white flesh and is an excellent dessert apple.

Empire apples are red, juicy, firm, crunchy and sweet. They ripen during September and October, and will keep until January. The original seed was a cross between the varieties McIntosh and Red Delicious grown at Cornell University.

The Honeycrisp apple has become a prized apple for its sweetness, firmness, and tartness, which make it an ideal apple for eating raw. The Honeycrisp retains its color well and boasts a relatively long shelf life when stored in cool, dry conditions. HONEYCRISPS ARE ONLY AVAILABLE IN THE FARM STORE

A cross between Jonathan and McIntosh apples, Jonamac is closer to a McIntosh in terms of flavor, just a bit sweeter. Many people love the touch-of-honey taste of a Jonamac, a great eating apple.

Jonagold is a cross between Golden Delicious and Jonathan which was developed in 1953 in New York. Jonagold has a thin skin with a green-yellow basic color with crimson, brindled covering color. The apple has a fluffily crisp fruit. It is juicy and aromatic and has a sweet-sour taste.

Fuji apples have it all – they’re super sweet, wildly juicy, extremely crisp, and ideal for snacking. This Japanese apple has American parents, Red Delicious and Ralls Janet, an antique apple that goes back to the days of Thomas Jefferson and 1793.

The Gala apple has a mild and sweet flavor. Gala apples ranked at number 2 in 2006 on the US Apple Association's list of most popular apples. Gala are small and are usually red with a portion being greenish or yellow-green, vertically striped. Gala apples are resistant to bruising and are sweet, grainy, with a mild flavor and a thinner skin than most apples.

Golden Delicious is a large, yellow skinned cultivar and very sweet to the taste. It is prone to bruising, so it needs careful handling. It is a favorite for salads, apple sauce, and apple butter. In 2010, an Italian-led consortium decoded the genome of the Golden delicious apple, and reported it had the highest number of genes (57,000) of any plant studied to date.

Macoun apples are a cross between the McIntosh and Jersey Black varieties. it was first introduced in 1923, and has been regarded to be the finest eating apple in the World. The Macoun tends not to produce reliable crops each year, with a good harvest followed by a sparser one.

The Red Delicious originated as "Hawkeye" in 1880. The Red Delicious is a great eating apple when fresh off of the tree , but it is not particularly good for baking or apple sauce. If you have had them in the store, you know it retains its cheerful good looks long after its ‘fresh off the tree’ flavor has departed.

The Rome apple is rounded, all red, and very glossy, with a thick skin and firm flesh. It is primarily used for baking, as its flavor develops when cooked, and it holds its shape well. It is less desirable as an eating apple, as it is not as sweet as other varieties. It ripens in late September and is considered a good keeper. 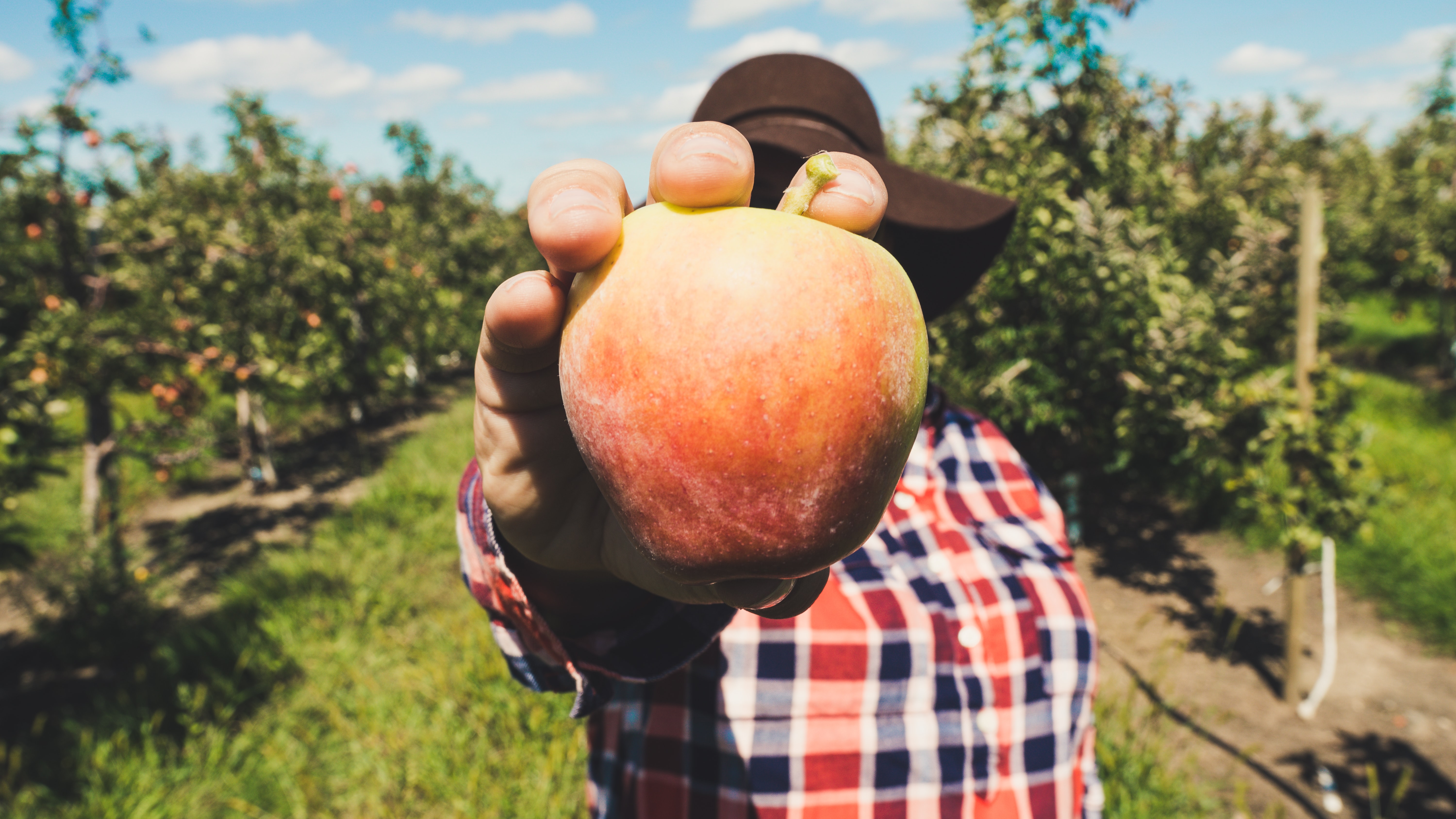 Cornell Integrated Pest Management (IPM) techniques allow us to use natural cycles to produce great apples with minimal use of man-made materials.